For all the crap Craigslist gets these day, I still love it. The beauty is in its simplicity. eBay is a cluttered mess compared to Craigslist. Scanning through linked titles searching for what you want is super efficient and easy with its “1990s” look. Here’s 5 quick tips to enjoy Craigslist as much as I do.

Sure its a lot of negations and takes an extra 5 seconds, but you’ll get way better results.

2. Search with a price range – If you know iPhone 4’s sell for around $150 – $250, narrow down the listings further by specifying the price range. At this point 99% of your results should be pertinent to what you’re looking for.

3. Use IFTTT – Once you’ve come up with a good search query using the above two steps, use IFTTT to get SMS alerts when a new ad is posted. This is especially useful for when there aren’t many listings for a product as buying can get competitive. Get an edge by contacting the seller right when they post it.

4. Post a ‘Wanted’ ad – Don’t like browsing through Craigslist? Craigslist has a section specifically for posting ‘wanted’ ads. Just post an ad with what you’re looking for and people will come to you. Many times, I’ve found you can get things for cheaper by posting ‘wanted’ ads because some people that reach out to you are more desperate to sell quickly.

5. Post with tags – Help people find your ad easier by adding some tags at the bottom of your post. Include common misspellings and variations of the product. I’ve written a whole post on this previously including how to hide your tags by changing the font color. 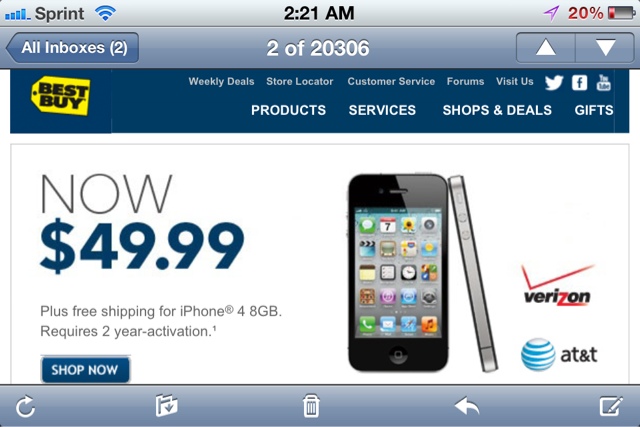 A small annoyance I had after upgrading to Mac OS X Mountain Lion was that I couldn’t figure out how to view my buddies list in Messages app. To view your buddies list simply press ‘Command + 1′ when you’re in the app.

I currently have ~7000 followers on Instagram. If you’re not following me, follow me now @ZiggyMo. I always get asked by people how they can acquire more followers and get more likes. Here’s how…

Too bad it was cloudy last night. This is a composite of about 150 pics that were not filled with clouds towards the second half of the night.

Midway on a flight back from NY last Sunday, my brother nudged me and pointed to a man across the aisle and one row in front of us whispering, “Isn’t that MC Hammer? He came to TC Disrupt and has been investing in a few tech companies recently”. It also turns out my bro had an acquaintance whose company Hammer had invested in. As soon as the plane landed I quickly googled what MC Hammer looked like. It was indeed him. Just as we pulled to the gate the flight attendant announced we would have to wait a few minutes while they sorted some things out. MC Hammer stepped out into the aisle right in front of me. It was the perfect opportunity.

3 days to the date, I had just finished reading Never Eat Alone by Keith Ferrazzi – an amazing book on building relationships to achieve success. If you’ve read the book, then you know exactly what you should do if you were in a situation like mine.

Keith mentions the first step for warming a cold call is to “Draft off a reference”. My brother had an acquaintance. Check.

Now typically, VIP’s like MC Hammer would have a secretary or some assistant, Keith calls this the “gatekeeper”. We were in an airplane stuck at the gate with nothing to do but wait and he was right in front of me. Check.

I didn’t have any particular projects I had wanted to talk to him about at the moment – but that is exactly why it was the perfect time. As is the title of a chapter in the book while referring to connections, “Build It Before You Need It”. When you need the support of your community desperation is not the right tone to approach people with. Check.

Now because I didn’t have a personal talking point, it becomes crucial to make small talk. Some quick perusing on his twitter profile showed me that he was coming back from a charity event in the Hamptons. I also found that he had previously been to UC Merced for an innovation showcase. Maybe he’d be interested in a quirky app I’d recently developed with a team as part of a competition. Check.

The conditions seemed perfect. Almost too perfect. I urged my brother who actually had the common acquaintance to open up. I mentioned it would be a perfect time to build connections for any future endeavors. He passed it off, saying if he really needed a connection later it wouldn’t be too hard for him to obtain. Obviously he didn’t know one of the first rules of building a network – building it before you need it.
The real issue though, one I struggled with myself, was actually approaching him. The little tap on the shoulder that would start it all seemed impossible to act upon. It was so simple but I knew I wasn’t the best in social situations. As I grappled the situation in my head the flight attendant suddenly announced the gate and door had opened and everyone began to immediately shuffle out.
I had just blown the perfect opportunity to connect.
——-
Chapter 5, The Genius of Audacity, is perhaps the most important chapter of the book. All the preparation, all the tips, all the tricks learned, all the practice amounts to absolutely nothing if there’s no execution. That moment of hesitation cost me a rare opportunity and one I may not come across again for a long time. You gain nothing by holding back and only stand to lose. Really ask yourself, what’s the worst that could happen?

——-
After exiting the plane I felt stupid for not taking advantage of my situation, so I sent a casual tweet to MC Hammer mentioning I was on the same plane as him. To my pleasant surprise I received a notification shortly after:

Don’t hold back, just do it.